The Aeroflot group has insured risks in the $ 16 billion 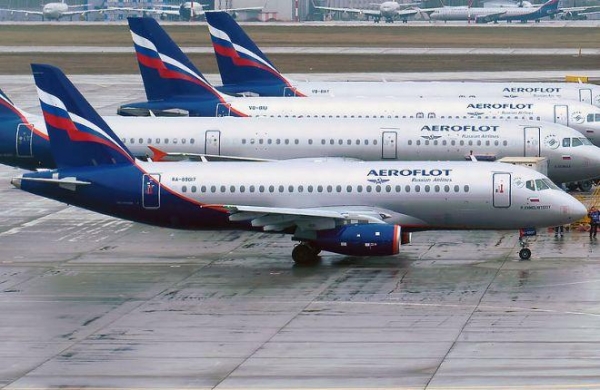 „AlfaStrakhovanie“ and „SOGAZ“ has insured the largest aircraft fleet of the aviation group of Russia — „Aeroflot“, including the airline and three of its subsidiaries: „Russia“ far East „Aurora“ and loukoster „Victory“. Also insured the civil liability of a member of a group of service provider for Maintenance and repair „And technics“.

For hull insurance the insurance protection provided 353 aircraft totaling $ 16 billion. The group operates 10 aircraft types: Airbus A319/A320/A321/A330, Boeing 737/777/747, the Sukhoi Superjet 100 (SSJ 100), DHC 8 and DHC-6. Air carrier liability is insured in accordance with the international practice of aviation insurance and commensurate with the level of the world’s largest operators, said insurance companies in a joint statement.

„We are proud of our cooperation and welcome the resumption of the contract, which was the result of hard and coherent work of employees of JSC „Aeroflot“ and its subsidiary companies, experts of „AlfaStrakhovanie“, „SOGAZ“, brokerage firms Willis Tower Watson and Aon,“ — said the Deputy General Director of AlfaStrakhovanie for aviation insurance Ilya Kabachnik. „Aviation insurance has always been considered the group „SOGAZ“ as a strategically important area. We are pleased to conclude a new contract with „Aeroflot“ which is one of our long-standing and key clients“, — commented the Deputy Chairman of the Board SOGAZ Dmitry Malyshev.

The AlfaStrakhovanie group is a part of financial-industrial consortium „Alfa-Group“. It uses the services of more than 24.8 million customers across Russia. The financial strength rating of „AlfaStrakhovanie“ — Fitch „BB“ on the international scale and the highest reliability rating. In turn, the insurance group „SOGAZ“ was founded in 1993 and is one of Russia’s largest insurer by premiums (according to the Bank of Russia for 2017).

Group „Aeroflot“ — the leader of Russian civil aviation. The overall growth rate of passenger traffic of its member airlines in July was twice higher than the entire industry: for the period „Aeroflot“, „Russia“, „Victory“ and „Aurora“ transported almost 6 million passengers. (+12.4 per cent).