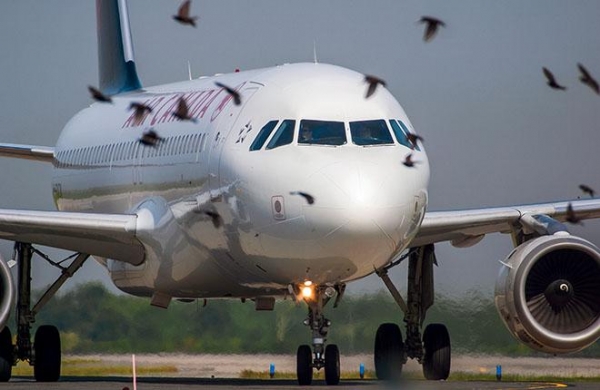 Collision of aircraft with bird — classic risk in aviation insurance. On the one hand, it refers to the so-called external influences and covered with CASCO insurance of aircraft. With another — the Russian insurers say that there is a dangerous tendency to increase the frequency of such cases, and the value of their consequences.

According to Rosaviation (Fig. 1) the number of incidents of aircraft with birds (i.e., incidents that directly affect flight safety) in Russia increased almost 2.5 times from 2010 to 2017 And the number of voluntary messages closer to 1000. And it seems that this trend will continue in 2018 (Fig. 2). 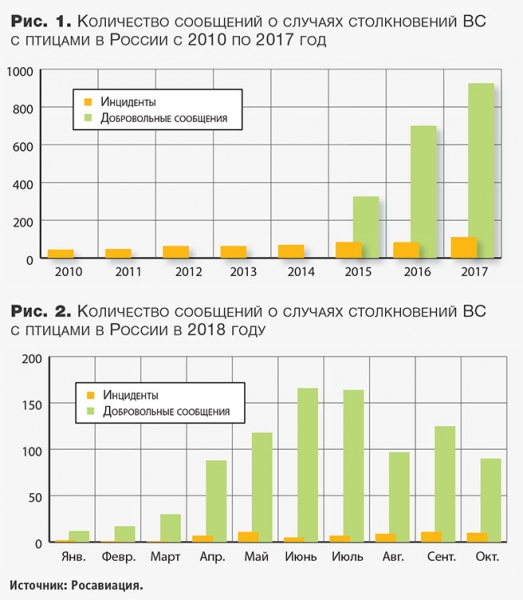 It is obvious that the number of such accidents increases after an increasing number of operated aircraft. Its influence on the situation also have seasonal bird migration, climate change of the planet and the lack of control on the part of some airports for bird safety.

By the way, not all cases of contact with live birds in the “iron” lead to serious damage. The outcome largely depends on the type of aircraft in which part of beating the bird and its size. For example, hit a small feathered into the fuselage of an airliner may not be as tangible as emergency ingress of large birds in the engine of the aircraft.

Читайте также:  {:en}What difficulties sees ATK "Yamal" in the operation of the SSJ

One such example is the incident with the helicopter Mi — 8T of airline “Polar airlines” that occurred June 1, 2018 Machine, according to the publication “Kommersant”, carried out flight from the landing pad of the Omsk civil aviation plant after repairs in the Novosibirsk airport Tolmachevo. About 18 minutes of flight at a height of 125 m in the air intake of the left engine hit a bird, resulting in the helicopter was seriously damaged: the lower part of the fuselage and the left fuel tank was severely deformed, destroyed tail rotor blades and end beam. The crew and passengers have not suffered. Ornithologists have determined that the engine car hit the predator Buzzard (hawk squad). The weight of some specimens can reach 1.5 kg and a wingspan up to five feet.