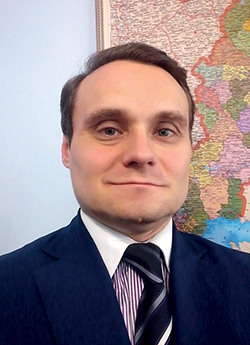 In the aviation insurance rating damaged aircraft engaged an independent expert company, the so — called surveyors. Their task is not only an estimate of loss, but also building mutual understanding between the insurer and the airline. About why the survey is detectives in aviation insurance, many of these companies working in the industry and how much cost to insurers of damage to the aircraft of the new generation, the ATO said General Director of STC “Independent examination and claims in aviation” Alex Wreaths.

ATO: Alexey Vladimirovich, please tell us in more detail than do surveyors in the aviation insurance?

AV: the Surveyor is, in fact, the technician who works on the instructions of the insurer. However, the correct surveyor acts as the adapter between the insurance company and the airline, where the ultimate aim is to facilitate the settlement of loss in accordance with the terms of the contract of insurance, as well as satisfaction of both sides.

Our first task is to fix the incident that happened to sun and determine the circumstances, determine the amount of damage received. To gather enough information so that the insurer could make the decision, whether the event is insured. Big today, of course, cheating is rare. A decade ago, it has happened, especially in small aircraft. There was a case: in one of the African countries said about the damage to the engine, and when my EA days came back, the engine was covered with cobwebs, that obviously have not been used.

previous post {:en}To increase the pardon
next post {:en}"In the insurance world, everything comes down to the mathematics of numbers"
Back to top
mobile desktop