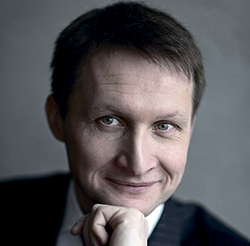 Russian national reinsurance company (Republic popular) was established in the summer of 2016 at the initiative of the Bank of Russia (he owns 100% shares of Republic popular) in order to further protect the property interests of Russian enterprises in the conditions of sanctions and the inability of the reinsurance of risks abroad. President of the new company was appointed first Deputy Chairman of the Board of JSC SOGAZ Nikolay Galushin.

the President — the Chairman of Republic popular

“Republic popular for me is not a project with a beginning and an end, successful or not. For me and for our entire team our newly launched company as a child, in whom we breathed a life and are now trying to bring up, to educate, to inculcate good manners, to bring people in and to release free swimming, while maintaining a warm parent-child relationship. In General, for me it’s more than a job, it’s my life” — said a top Manager.

Total volume of premiums of Republic popular, which began its work in November, 2016 amounted to RUB 149 mln of 2017 entered into force the law on compulsory 10% cession, according to which insurers must pass on to Republic popular 10% of the risk under contracts of reinsurance of the objects which are under international sanctions, and the company is obliged to accept them. All other risks, insurers are obliged to offer Republic popular reinsure 10%, and the company decides whether to reinsure and to what extent. This allowed the Republic popular already in the first half of 2017 to enter the three leaders of the Russian reinsurance market with a premium of RUB 3 bn.